Christopher Millard "Chris" Garbutt (born July 2, 1981) is a British storyboard artist, illustrator, writer, producer, and director who is most known for co-creating Pinky Malinky, a show he pitched for Cartoon Network Europe back in 2009.

Before working on The Amazing World of Gumball and Pinky Malinky, he has worked on various shows like Stressed Eric, Mr. Bean: The Animated Series, The Fairly OddParents, The Camp Twins, Robotboy, and Little Rikke. He also storyboarded "The Dress" and co-wrote "The Phone" and "The Limit". 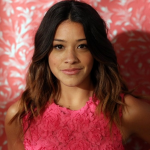